What Is Calgary Famous For?

Calgary is one of the two major cities everyone knows in Alberta. Although Edmonton also
shines, Calgary sets itself apart by having an incredible past and showing how much it’s looking forward to the future. This gem of a city is more than just an oil home, or the place where you can find Calgary homes for sale so you can vacation in Banff: it has its unique personality and people, and anyone who visits falls in love with this city for a reason.

Here are some of the parts of its history that stand out the most.

The 1988 Olympics
Calgary hosted the 1988 Olympics, which caused constant attention to get poured over the city. Famous for being when cities started running money into ensuring everything for the Olympics was brand new, you can still see marks of what was put up for the games. The stadiums that are still used to trails and event spaces have been turned into public recreation areas and museums. It feels like walking through pieces of history.

The Calgary Flames
The Calgary Flames aren’t going to be outshined by the Edmonton Oilers. The Calgary Flames are internationally known as a formidable and exciting sports team to watch. Its players are passionate, and the clever footwork and planning ensure win after win. Because of their inventive approach to hockey, Calgary’s name is synonymous with The Flames, and going into town without seeing them play live is a mistake nobody wants to make!

There’s nothing wrong with getting to know your roots, and Calgary takes that seriously. The
Calgary Stampede is a rodeo running for so long that it’s ingrained in the city’s personality.
Every year farmers, musicians, and fairs all get together to make an incredible time for anyone
who wants to enjoy it. You can enjoy classic shows like rodeo games and bull teasing or have a bite of traditional fair foods that make anything else pale in comparison. The Calgary Stampede is a large part of the city’s identity and is the only accurate way to get to know Calgary.

The Red Mile in 2004
In 2004 after the Calgary Flames’ playoff run, a strip of land full of shops and restaurants became known as the red mile because of the endless fans in jerseys who crowded the area.
The fans in Calgary are built differently, excited to do anything they can to show off their team
pride. This strip is still known as the Red Mile, full of some of the best food and shopping you’ll find in the city, and proud of its history.

Although oil is a topic many get heated about in recent years, its importance in industrialization and furthering the world’s ability to travel and build things is unparalleled. Regardless of how you feel about oil, Calgary created an identity based on how much oil was in its soil and how rich this made the people who mined it. 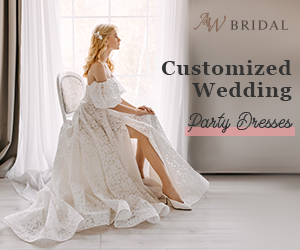